Going back to the source: the manuscripts of Richard Wilhelm (1) 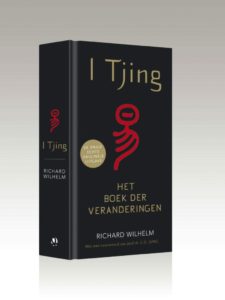 But reading his translation also raised some questions. How did he write his translation? Where did his commentary to the text come from? And most importantly, were certain deviations from the Chinese view made intentionally or were they mistakes?
The last question mainly concerns one topic: why on earth did Wilhelm switch the names of the two symbols ‘young yin’ and ‘young yang’?

In Book II he discusses the development of the eight trigrams which, according to the Da Zhuan chapter of the Ten Wings, were preceded by the sixiang 四象, the ‘four images’: ⚌⚏⚍⚎. Most (if not all, with one exception) Chinese books label the sixiang like this:

From Bent Nielsen, ‘A Companion to Yi Jing Numerology and Cosmology’, p. 217

He switched the names of ⚍ and ⚎! But why? He doesn’t discuss the sixiang any further, so there are no clues in his book why he deviated from the Chinese view. Was it a mistake or did he do it on purpose? When I read the relevant chapter in the Dutch translation of Wilhelm’s Yi this question kept nagging me. I wanted to know the reason. I wanted to know why.

This meant I had to go back to the source: the original manuscript that he sent to his publisher, but I also wanted to see his notes and journals. I was curious where these were kept so I sent a mail to Bettina Wilhelm, granddaughter of Richard Wilhelm, who made a documentary about her grandfather. She told me that the manuscripts were preserved by the Bayerische Akademie der Wissenschaften in Munich.

So that is where I am now, sitting at my desk in a simple apartment in the centre of Munich. Today I visited the archive of the Akademie, looking for answers. I had already notified the archivist of my visit and gave him a list of the documents that I wanted to see (their website has a database with all the documents listed and a short description of their contents.) When I arrived the archivist led me through a labyrinth of doors and small corridors, eventually leading to a small room that was his office. During the whole day he would sit opposite of me, observing every move that I made, making sure that I did not tamper with the legacy of Richard Wilhelm. 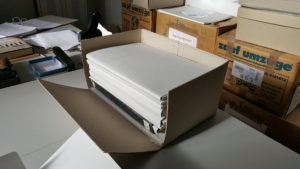 The archivist put a box on the table with the files that I had requested. The first map that I opened, the one on top,  contained letters and postcards from Richard’s wife Salomé, as well as some letters from his sons. I was a bit shocked by this. Yes, I did request these letters but for some reason I expected that I would start with the documents related to the Yijing, and only after that I would give myself a peek into the personal life of Wilhelm and his family. But now I started with these highly personal documents and I felt a bit ashamed about it. As if I was an intruder. 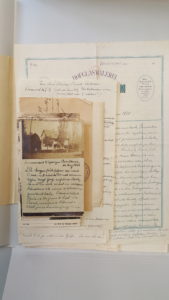 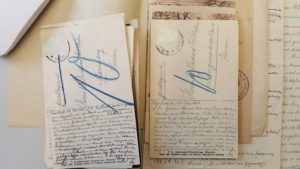 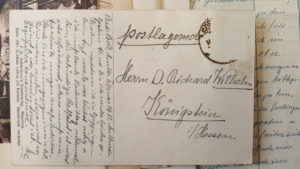 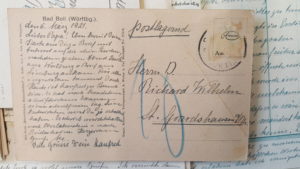 It was touching to read these personal documents, these expressions of affection towards their husband and father (‘Guten Morgen, mein liebes Herzlein!’, ‘Lieber Papa!’). There were also pictures of Wilhelm with other people (and one picture without him, only with other men he knew). Most of these I had already seen in the documentary of Bettina Wilhelm. 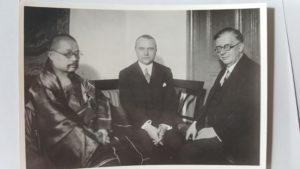 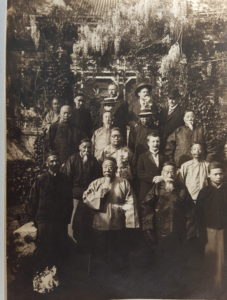 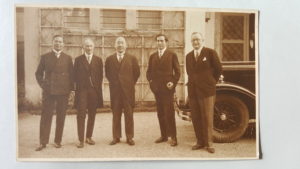 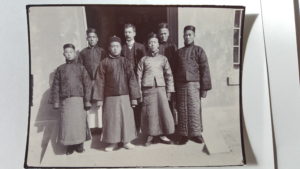 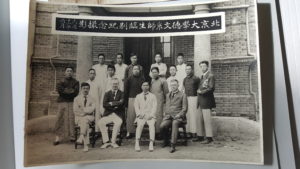 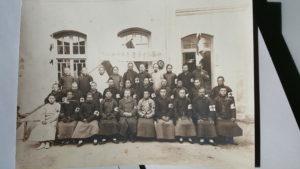 The next map contained letters and postcards from Richard to his wife (affectionally addressed as ‘Me’). They have been sent from several different places in Germany and Switzerland. Wilhelm must have traveled a lot. He often signed his letters with ‘dein Richard’ (‘your Richard’) or simply ‘R’. 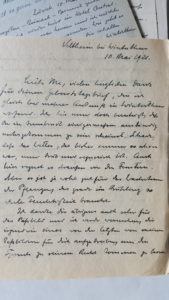 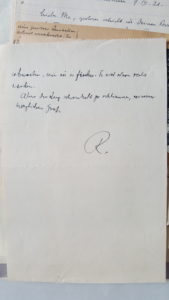 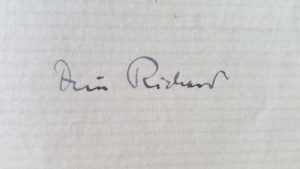 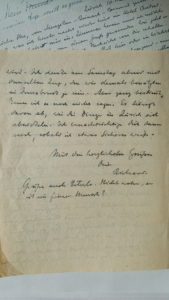 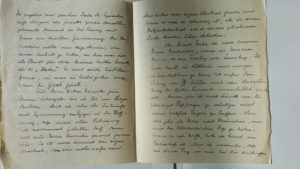 I can’t read German very well, and the handwriting of Wilhelm, often eloquent and sometimes scribbled as if written in haste, doesn’t make it easier. Nevertheless I can decipher parts of the letters, talking about visits from other people, attending a concert and other daily undertakings. Many letters talk about difficulties that Salomé had to cope with while her husband was away. Most of the letters that I read were written when Richard was back in Germany (after 1920), but even then he travelled frequently and did not seem to spend much time at home.

Among the letters were also a few Yijing consultations that Wilhelm did for Salomé and other people. The dates of these consultations are interesting: either the last day or the first day of the year. I assume these were made as prognosis for the upcoming year. He also had a premade form for this that can be filled in with all the details from the consultation: questioner, hexagram, changing lines, the text of the Yi, etc. 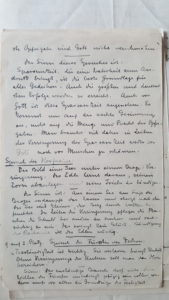 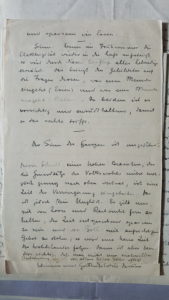 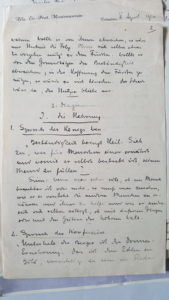 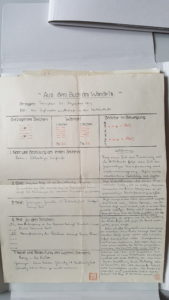 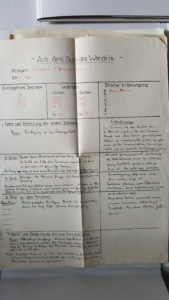 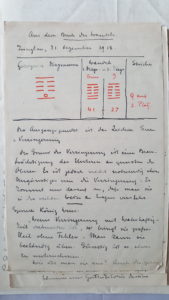 (While here in Munich my tablet refuses to put the images in the right order. I’ll sort that out when I’m back home.)

Although these documents were extremely interesting, giving glimpses of the life and work of Richard Wilhelm and his family, they were not the main reason why I came to Munich. The next maps in the box contained the journals that Wilhelm kept while he was studying and translating the Yijing. 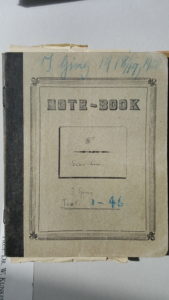 10 Responses to Going back to the source: the manuscripts of Richard Wilhelm (1)