Another take on ‘you fu 有孚’ 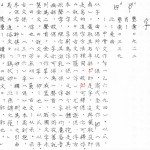 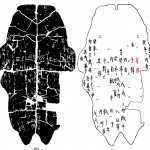 4 Responses to Another take on ‘you fu 有孚’